Donna Hoke is an American playwright whose work has been seen in 45 US states, and on five continents. Plays include BRILLIANT WORKS OF ART (2016 Kilroys List), ELEVATOR GIRL (2017 O’Neill finalist), THE COUPLE NEXT DOOR (Princess Grace semi-finalist), and SAFE (winner of the Todd McNerney, Naatak, and Great Gay Play and Musical Contests).

Her commentary has been seen on #2amt, howlround, The Dramatist, the Official Playwrights of Facebook, Austin Film Festival, the recently released Workshopping the New Play, and at donnahoke.com.

After graduating from her study of Performing Arts BA (Hons) at I.T Sligo Rena Bryson worked as an actor in the West of Ireland in productions including Bob Kelly’s The Big Wall, Dark Daughter production’s Mother Loss, The Rabbit’s Riot Theatre Company’s Welcome to Wonderland and NoRope’s Theatre Company’s Flash Theatre.

Rena has worked off stage a drama teacher for ID Languages and the MWB Autism support group, on set belly dancing in Halal Daddy, attending Comic Con in Hardy Bucks and as a runner for The Nathan Carter show. Her professional directing debut was for the Where We Are Now LGBT+ Theatre Festival where she presented two productions, Getting Unstuck and Of Trash and Tiffany.

Now based in Galway she is the co-founder of Eva’s Echo and is studying and master’s degree in theatre and drama at NUI Galway. Rena assistant directed and performed in the company’s first production Match. The team received the Galway Fringe Best Emerging Artists Award 2017 for the production.

Michael Reed who played Cane is a former member of the Croatian National Theater ensemble in Varazdin, Croatia. He is the voice of many popular characters in Croatia such as Spiderman, Speed Racer, Hiccup in How To Train Your Dragon 1 & 2, Rachet in Rachet and Clank and many more. He is best known as the voice of Mickey Mouse, a role he has been playing for thirteen years. He excelled in the children’s theatre scene while performing in Fear at Linden Street.

He performed in the popular film “Houston We Have A Problem” that was shown on Tribeca Film Festival while playing a young version of the lead actor who was his father, Bozidar Smiljanic. Credited there as Mitja Smiljanic, but since moving to Ireland he took on a stage name, Michael Reed, and has been performing under that name since 2016.

Michael has worked on sets as well as stage, featuring in Writing Home that was shown at the Galway Film Fleadh and The Forgotten Lands directed by Chris Lodge. He is scheduled to appear in the new Irish film “Black 47” and on hit series Red Rock this year as the character Marek Szczesny.

Behind the scenes Michael directed, wrote and produced a film in 2008 called “If I Could…” Currently he is the creator, writer and producer of the mini-series Me and The Devil that will be shot in Dublin.

Hazel who played Yasmine was a graduate of Performing Arts (BA) at I.T Sligo in 2015, finding herself at home in the works of Chekhov and Shakespeare, in particular she brought to life the characters of Lady Macbeth (Macbeth ) and Olga ( Three Sisters ) in Sligo’s rustic theatre scene.

Performances in Bob Kelly’s The Big Wall and a spot on an episode of Hardy Bucks third season continued to nurture her love for the craft as she migrated to Galway to explore its coveted and storied theatre scene. Drawn to the works of Shaw and Wilde this young actor seeks to leave her mark on Irish theatre.

She made her first appearance in the Galway theatre scene as Mrs Eynsford Hill (Pygmalion) which was staged late November 2016. As Co-founder of Eva’s Echo she wrote, directed and played Caroline in the award winning Match in July 2017. 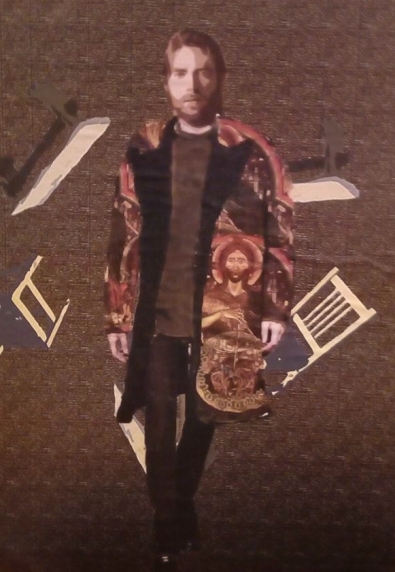 Ciaran Whelan is a graduate of the B.A Honors Performing Arts course at the Institute of Technology Sligo, earning his degree for the design branch of the course. He has been trained to design set and costumes and has also directed a short play ‘We need to tell Jacob’ for the Where We Are Now Festival. The first north-west LGBT festival.

MORE ABOUT THE WAY IT IS