Eva’s Echo founders Hazel Doolan and Rena Bryson after a long day of auditions for the role of Cane in Donna Hoke’s The Way It Is. Michael Reed was successful and returned to Galway to begin rehearsals the following week.

Rehearsals for The Way It Is started on the 20th of January 2017 and continued until February 18th 2017 followed by a one night only production on February 22nd 2017 at the O’Donoghue Centre for Drama, Theatre and Performance.

The Way It is by Donna Hoke was brought to life in the rehearsal room by director Rena Bryson, actors Hazel Doolan and Michael Reed. Design consultant Ciaran Whelan developed the construction of the world, offering invaluable advice that would lead to the bright and alluring setting on stage.

Actors Hazel Doolan and Michael Reed during the first rehearsal of The Way It Is.

As the characters began to come to life aided by a great team dynamic more and more focus was placed on the development of Hazel Doolan’s character Yasmine. Director Rena Bryson drew a great deal of inspiration from female leads in romantic comedies and sitcoms, noting that these women are often abusive towards men but their behaviour is not only excused but a source of comedy. Hazel Doolan took inspiration from this and the character Yasmine became more likeable, allowing the audience to empathise with her, laugh at her behaviour and therefore be shocked having not condemned her behaviour before it eventually led to her committing sexual assault.

As rehearsals continue director and cast delve deeper into this meaty script, asking why did Cane not leave sooner? Was their still love there? Cane’s inability to escape this situation was highlighted in different ways and learning when this impatience would be best expressed comically or dramatically were important discoveries. Michael Reed’s ability to utilise moments of playful bickering followed by intense and intimate monologues portrayed Cane as a flawed but sympathetic character. 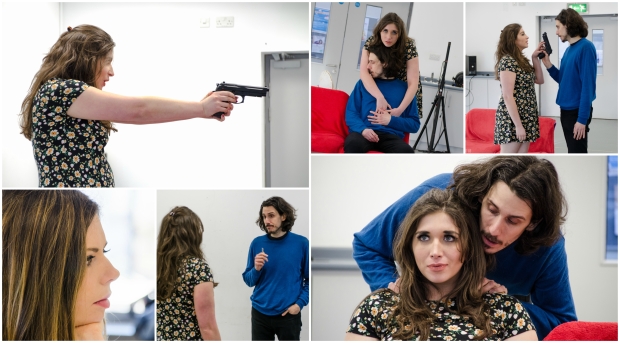 The Way It Is on stage

Actor Hazel Doolan, Director Rena Bryson and actor Michael Reed on set before showtime at the O’Donoghue Centre for Drama, Theatre and Performance. 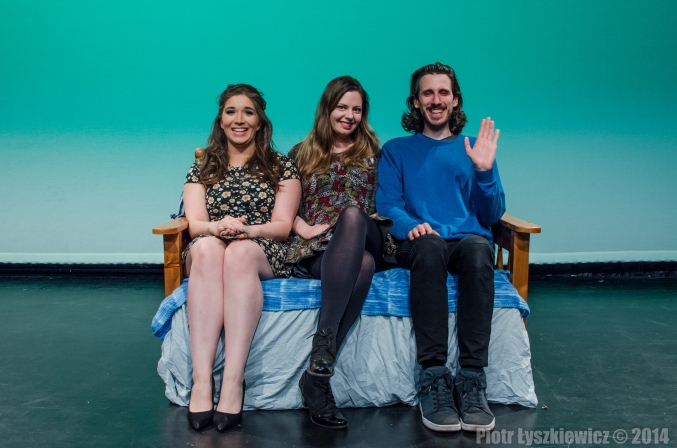 Eva’s Echo were incredibly grateful for all of the support they received from the O’Donoghue Centre especially Marianne Ni Chinneide and Mike O’Halloran. Annie Keegan skillfully operated sounds and lighting and Colm Sheppard charismatically welcomed the audience in his role as front of house. The couch used during the production was generously supplied by Age action charity shop.

MORE ABOUT THE WAY IT IS